Alpha VOC (B.1.1.7) : Amongst other mutations, a 69/70 deletion in the spike protein gene has been reported in the Alpha variant.* This variant is of concern because it is associated with increased transmissibility.

Gamma VOC (P.1): Three mutations in the spike protein receptor binding domain: K417T, E484K, and N501Y have been reported in the Gamma variant. This variant also does not contain the deletion at 69/70 in the spike protein gene.* The P.1 variant may increase transmissibility or propensity for SARS-CoV-2 to re-infect individuals.

Delta VOC (B.1.617):  There are eight mutations in the Delta virus’s spike protein including the common signature mutations D111D, G142D, L452R, E484Q, D614G and P681R in the spike protein coding region, including within the receptor binding domain (RBD). 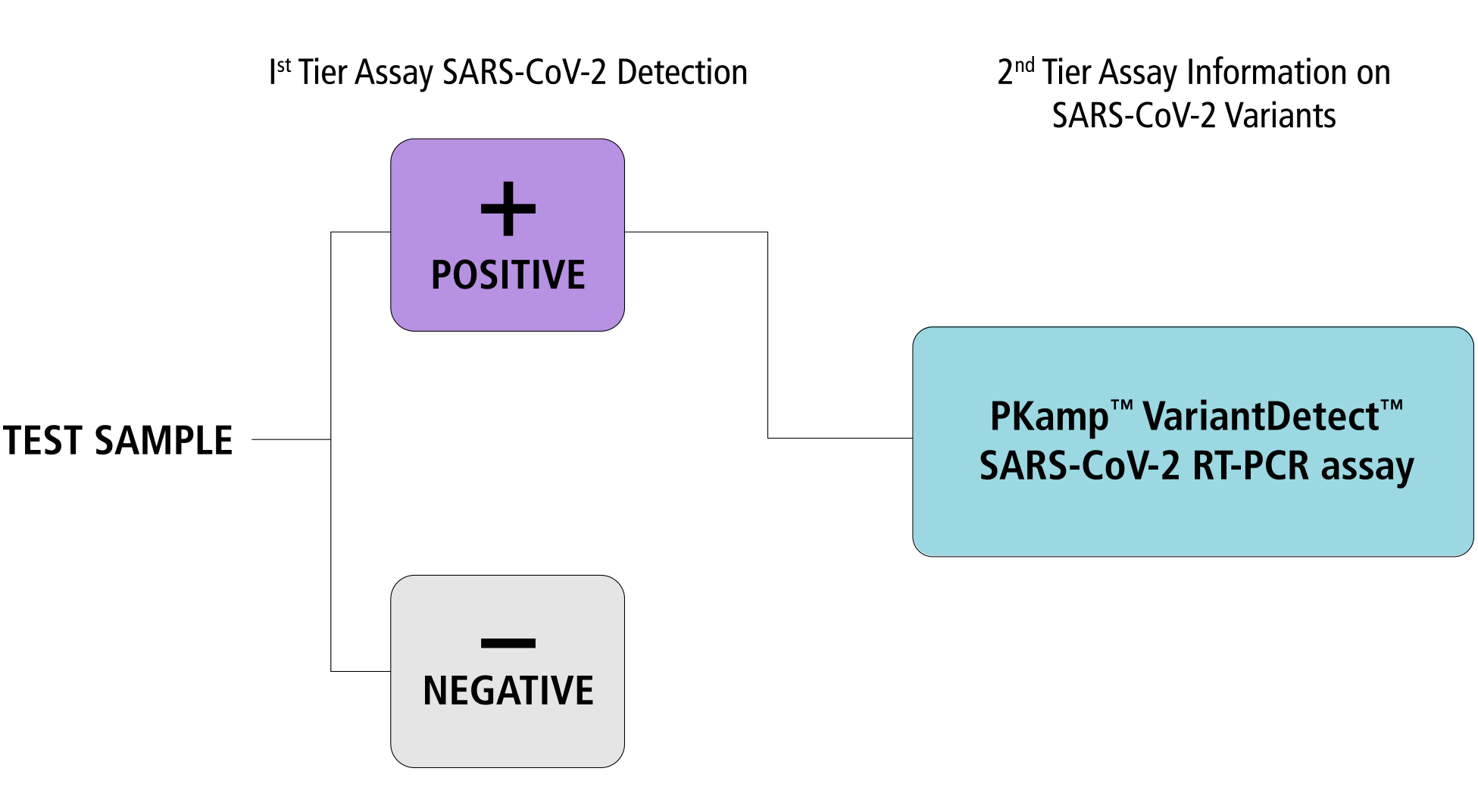 The assays are designed for real-time RT-PCR instruments with FAM™, ROX™, Cy®5 and/or HEX™/VIC™ channels.